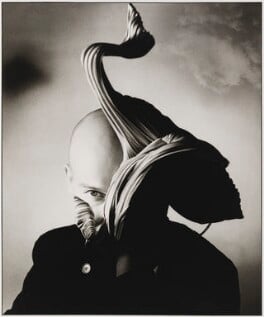 Photographs by Nick Knight, Alasdair McLellan, Mary McCartney Donald and Gemma Booth highlight a new display in Room 39 that draws attention to the celebrations surrounding the twenty-fifth birthday of i-D magazine. Founded in 1980 by Terry Jones, the magazine has built on its reputation as the forefather of all style magazines, and from its conception has empowered people to express their own ideas and individual identity by focusing on innovatory 'Street Style' and 'Street Fashion'. The magazine, with its iconic 'winking' cover photographs that echo its logo, has provided a launching pad for many photographers' careers. Nick Knight's portraits of fashion designer John Galliano and milliner Stephen Jones come from his memorable 1985 portfolio for the fifth birthday issue, while the studies of singer PJ Harvey, actress Nathalie Press, rapper Kano and Designer of the Year 2004 Daniel Brown all come from recent issues.

This Gallery display, which opens on 3 October 2005 and continues throughout the month, heralds the opening of a major groundbreaking exhibition, i-DENTITY, on the 14 October 2005 at the Fashion and Textile Museum. The exhibition runs until 3 December 2005.