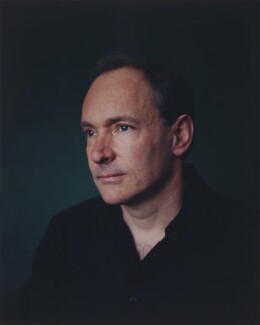 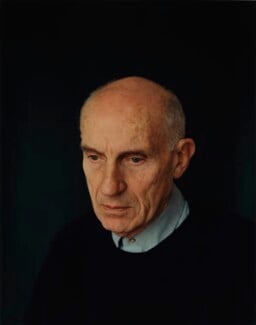 Telecommunications have a profound impact on the way we live and think. Telephones and computers converged in the mid 1980s to create an industry that has become one of the most important forces shaping society in the first half of the 21st century. Ideas and information are now communicated at unprecedented speed. Time and distance have been virtually eliminated; almost everyone is accessible at any time in any place. As costs continue to fall entry to the network is available to individuals and small companies as well as global corporations.

This series of portraits profiles the range of initiatives, and the visionary drive that have contributed to the development of the telecommunications industry in the United Kingdom. Adam Broomberg and Oliver Chanarin have photographed some of the key figures who have played a significant part in the recent history of telecommunications including corporate stars, entrepreneurs, 'backroom boys,' academics, and regulators.

The landscape photographs showing beacons reflect the history of communicating across distance. Beacons are the antecedents of telecommunication. Hilltops have been used for keeping watch and sending signals by fire since prehistoric times. Sending warnings to alert the defence by lighting a relay of hilltop fires was faster than sending messengers on horseback.

Adam Broomberg and Oliver Chanarin grew up in South Africa and are currently based in London. Their partnership began in the late 1990s in Italy where they edited and contributed to Benetton's Colors magazine. Since then their photographs have been widely exhibited, including shows at the Victoria and Albert Museum (2003), The Photographers' Gallery (2004) and the Hasselblad Centre (2000) in Sweden. They have published three books: Trust (2001), Ghetto (2003) and Mr Mkhize's Portrait (2004).

This commission has been made possible by Deloitte, the National Portrait Gallery's Contemporary Photography Displays Partner .