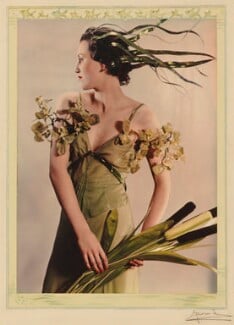 This new display of stunning and rare colour photographs from 1930s coincides with the seventieth anniversary of Madame Yevonde's innovatory 1935 exhibition of colour work entitled, An Intimate Exhibition: Goddesses and others. Created using the Vivex Carbro colour process involving three negatives, and pioneered by D.A. Spencer, Yevonde (1893-1975) dressed and styled society figures of the day as subjects from Greek and Roman Mythology. Women such as Mrs Michael Balcon (wife of the film director), Lady Malcolm Campbell, (wife of the speed racer) and Lady Bridget Poulett (daughter of Earl Poulett) were styled to appear as figures from a mythical time such as Arethusa - Goddess of Fountains, the weeping Niobe, and Minerva - Goddess of War.

The 1935 exhibition promoted Yevonde`s position as a leading and inventive portraitist and Britain's leading colour photographer. In America the leading practitioners were represented by figures such as Nickolas Muray (whose portraits of Frida Kahlo will also be on show at the gallery), Paul Outerbridge and Harry Warnecke. Other portraits in the National Portrait Gallery display include resplendent colour portraits of Lord and Lady Mountbatten, as well as Princess Krishna and the actress Joan Maude dressed in red, with red hair against a red background so fulfilling Yevonde's dictum, "Be original or die."

Yevonde Philone Cumbers was born in London, but partially educated at boarding schools on the continent. She joined the women's suffrage movement in 1910 and after seeing an advertisement in The Suffragette decided to become a photographer's apprentice. Quickly mastering the business as a pupil of the leading West End photographer Madame Lallie Charles of Curzon Street, Yevonde decided to set up on her own in 1914 with a studio at 92, Victoria Street and adopting her first name and previous employer's term of address.

Her business prospered and in 1921 she moved to larger premises at 100, Victoria Street and in the same year addressed the Professional Photographer's Association, reviewing the history of women in photography and causing controversy in the male-dominated profession by asserting women's superior abilities as portraitists.

Her work in colour began in the early 1930s and continued until 1940 when the factory making the materials closed down. Yevonde continued in photography until her retirement in 1971 when she generously presented her surviving exhibition prints from her sixty-year career to the National Portrait Gallery.

Since then her work has been celebrated in a number of international exhibitions and publications firmly establishing her reputation as a key figure in the pantheon of photographic art and portraiture. 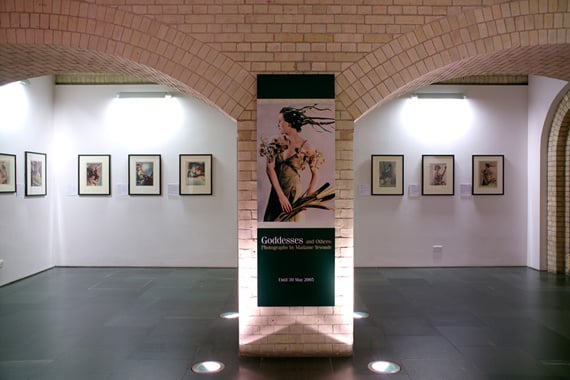