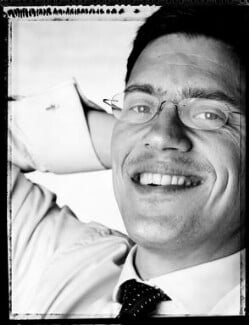 This new display of 20 striking black and white photographs focuses on some of the faces of the men and women responsible for governing the United Kingdom. In 2004 David Partner undertook a project to photograph prominent members of the Labour Government. Partner feels that relatively speaking, the public at large have little or no idea about the faces and personalities behind the Government, apart from a few notable exceptions. The subjects in this display include the Foreign Secretary Jack Straw, Alistair Darling, Secretary of State for Transport, the Minister of State for School Standards, David Miliband and Ruth Kelly, Secretary of State for Education and Skills. 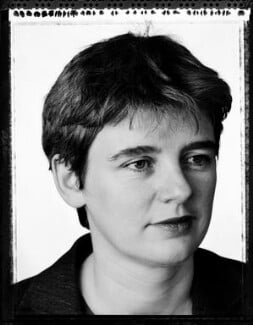 Ministers were often photographed one at a time, and the project involved many trips to Whitehall and countless phone calls to private offices, press offices and political advisers in order to secure their co-operation. Sometimes Partner had only a couple of minutes in which to take a portrait, and appointments were often subject to change as the Government weathered the political storms of 2004. A photograph of David Blunkett was taken a few days before the former Home Secretary resigned amid allegations about his private life. Another appointment with Peter Hain, former Leader of the House of Commons, had to be rescheduled when Fathers for Justice stormed the Palace of Westminster last year.

David Partner (b1956) is a self-taught photographer who has worked in Britain and internationally for over 15 years. His work has been widely published and exhibited across the UK and his clients include many household names. In 2004 he was short-listed for the Association of Photographers Bursary Award.

David Partner said "This is the largest set of portraits I have attempted, the whole project has taken over 2 years to realise. I got into places that few have access to, had the undivided attention of top ministers and produced some of my best portraits."

Kim Howells MP said: "All too often, generations not yet born regret the lack of images that convey grains of truth about the character of public figures. David Partner's remarkable photographs supply those grains, warts and all, if you'll excuse the mixed metaphor."

This acquisition has been made possible by Deloitte, the National Portrait Gallery's Contemporary Photography Displays Partner .