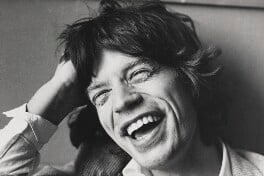 A display of six photographs by Jane Bown pays tribute to the photographer's 56 career to date.

Bown started her photographic career when her portrait of Bertrand Russell appeared in January 1949. Since then she has remained one of the newspapers star contributors with her straightforward, naturally posed, black and white portraits usually taken with available light. In 1980 her retrospective, 'The Gentle Eye', was one of the first photographic exhibitions at the National Portrait Gallery. Since then the gallery has acquired and commissioned work and now holds a number of her portraits, six of which appear in this display. In 1995 Bown was awarded a CBE for her outstanding contribution to photography.