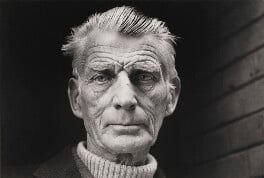 This display celebrates the fiftieth anniversary of the British premiere of Waiting for Godot by Samuel Beckett, which was performed at the Arts Theatre Club, London in August 1955. The initial audience reaction to the play's stark view of human existence, and its deeply unconventional dramatic structure, was hostile. Nevertheless, such respected critics as Kenneth Tynan and Harold Hobson were appreciative, and within a short period the play became hugely successful. It is now recognised as a landmark in post-war theatre, transforming conventional ideas about plot, characterisation and language. 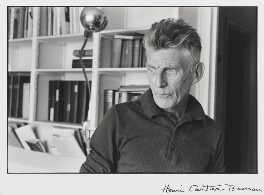 The display comprises a selection of portraits of Beckett from the National Portrait Gallery collection, including a remarkable series of photographs by his fellow Irishman, John Minihan. These portraits are complemented by performance photographs of two of Beckett's most celebrated plays: Endgame and Krapp's Last Tape.