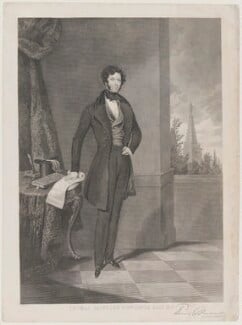 Chartism was the first attempt to build a political party representing the working classes. The movement was named after the six-point charter, written in 1838, in which their demands were formulated: universal (male) suffrage, annual parliaments, vote by secret ballot, abolition of property qualifications for MPs, payment of MPs and equal electoral districts. The movement briefly thrived and three massive petitions were presented to Parliament between1839 and 1848. The demands were summarily rejected by Parliament but, with the exception of annual parliaments, they are now recognised as the cornerstones of modern democracy.

Chartism was a loose federation of local movements rather than a unified national organization. The radical newspaper the Northern Star was the most effective link between Chartist groups and became the only national organ of the movement. At its peak in 1839, the paper sold 50,000 copies a week, rivalling the circulation of The Times. The paper effectively kept Chartism alive by giving the movement a continuity it would otherwise have lacked. It also enabled the paper's proprietor, Feargus O'Connor, to increasingly dominate the movement and present a 'physical force' agenda at odds with many of the movement's founders such as William Lovett.

This display reassembles ten portrait engravings produced for an innovative 'subscribers offer' from the Northern Star newspaper. The prints of Chartist leaders represented a powerful tool for developing a shared understanding of the movement among its supporters. For O'Connor, it also enabled him to promote his own vision of Chartism at the same time as boosting the circulation of his paper. This amalgamation of radical politics and financial incentives offer a fascinating insight into this period of debate and confrontation. To the readers of the Northern Star, the prints formed an inspirational pantheon of Chartist leaders and charged their belief that a more just and democratic society was achievable.