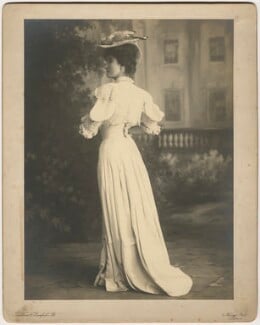 Born in Cheltenham, Lila Emma McCarthy was educated at home by her father and learnt elocution and voice production in London when her family moved there in 1893. Adopting the stage name Lillah she played Lady Macbeth for the Shakespeare Society in 1895. Taking George Bernard Shaw's advice that she should spend some time gaining professional experience, McCarthy toured with Ben Greet's theatre company and then played in Wilson Barrett's The Sign of the Cross. McCarthy returned to London in 1905 and appeared at the Court Theatre in Shaw's Man and Superman (1905) opposite Granville-Barker.

Following her marriage to Granville-Barker in 1906, McCarthy was actively associated with him when he was director at the Court Theatre and interpreted many of Shaw's female leads in plays such as You never Can Tell and The Doctor's Dilemma (both 1906). In 1911 McCarthy took on the management of the Little Theatre offering Granville-Barker the opportunity to continue directing. Here she played in Schnitzler's Anatol, Ibsen's The Master Builder and Shaw's Fanny's First Play.

Active in finding financial support, McCarthy enabled and appeared in Granville-Barker's groundbreaking productions of Shakespeare at the Savoy Theatre in 1912 and 1914. Following the outbreak of the First World War they took their repertory seasons of Shaw, Shakespeare and Greek tragedies to New York. McCarthy was deeply saddened when Granville-Barker separated from her in 1915 and they eventually divorced in 1917.

McCarthy married botanist Sir Frederick Keeble in 1920 and lived with him in Oxford. Although her professional work ceased in 1922 she continued to give poetry recitals in the 1930s. McCarthy, whose autobiography Myself and my Friends was published in 1933, remained close to colleagues including Shaw and Masefield. She died in  London in 1960.