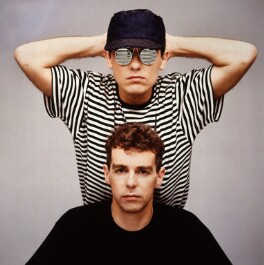 In a new display of iconic photographic portraits and album covers tracing the band's inventive use of their public image, the National Portrait Gallery celebrates the long career of Neil Tennant and Chris Lowe as Pet Shop Boys, the most successful duo in British pop history.

This exhibition marks the twentieth anniversary of their first album and coincides with the publication of a major new book, Pet Shop Boys Catalogue (Thames and Hudson), a history of experimentation, re-invention and collaboration with leading artists, film-makers, designers, typographers and photographers including Derek Jarman, Sam Taylor-Wood, Mark Farrow, Bruce Weber and Wolfgang Tillmans.

Focussing on the work of photographer Eric Watson, who helped create the early and enduring dynamic of the band, typified by Neil in foreground in suit, Chris in background in hat and shades, the National Portrait Gallery exhibition sets Watson's portraits alongside images from other leading pop photographers including Pennie Smith and Andy Earl. Looking at how this very British of bands uses wry humour and a playful sprit of reinvention to define and develop their public image, Pet Shop Boys move from being depicted as very 'real' characters, photographed in dingy London streets, to being seen as computer-game-inspired fantasy marionettes dressed in orange jump suits and wearing striped conical hats.

The release of their ninth studio album this summer, Fundamental, has already produced another top ten single, while this exhibition coincides not only with the publication of Pet Shop Boys Catalogue but also the band's world tour, beginning in Montreal on 10 October 2006. 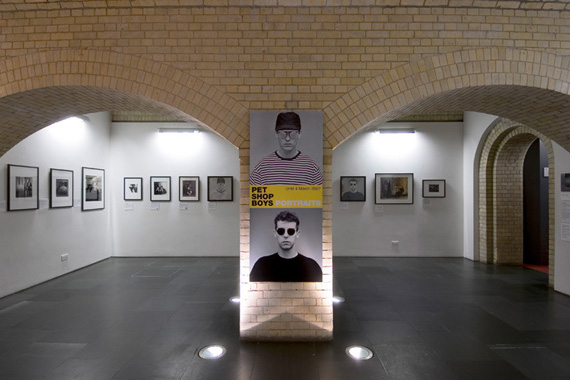