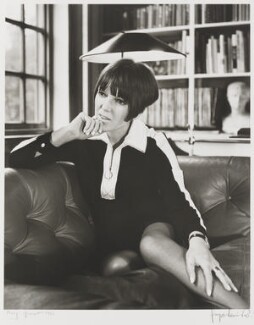 This display highlights the rich diversity of subjects and photographs recently acquired by the National Portrait Gallery. It is organised into four groups: Jorge Lewinski - Women of the 1960s ; Bob Collins - Artists at work in the 1970s; Portraits of the 1970s and 1980s and Exceptional Youth: Photographs by Emma Hardy.

Some twenty-first-century personalities are explored in Emma Hardy's photographs taken in 2006. These are images of exceptional teenagers who have made a contribution to British life including actor Daniel Radcliffe, musician Nicola Benedetti and footballer Theo Wallcott.