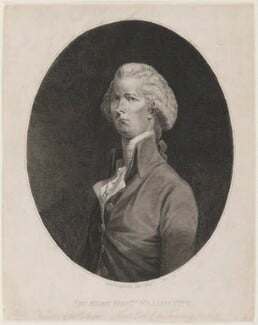 good caricature, like every work of art, is more true to life than reality itself - Annibale Carracci

Caricatures capture the likeness of a person in a few quick strokes. They work by exaggerating and distorting prominent physical features to create an image that is both immediately recognisable and amusing. The art was developed in Italy in the seventeenth century - and the word 'caricature' is thought to originate from the Italian word caricare meaning 'to exaggerate'. Caricature was introduced to England in the late 1730s, where it was taken up by the wealthy elite as a private pastime. They sketched each other, making subtle exaggerations and gently poking fun. At first, caricature was a shared amusement between friends.

The popularity of caricature was promoted, in the eighteenth-century, by the interest in physiognomy - the practise of interpreting character from facial features. The exaggeration and distortion of caricature played upon this visual language, suggesting the faults and virtues of their subjects.

Although an aristocratic pastime, the aspirant middle-classes quickly adopted the practice of caricature. They were encouraged by owners of print shops, who would engrave and publish sketches and then sell them on behalf of the amateur artist, bringing caricature to a wider audience:

Ladies or Gentlemen furnishing hints or sketches will have them duly honoured and published - Advertisement for Darly's Comic Prints, 1779 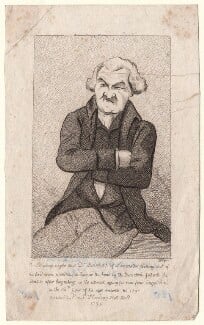 The active participation of both the aristocracy and the rich ensured lasting success for caricature, and it quickly became an integral part of political and public life, as it still is today.

James Gillray (1756-1815) was one of the first professional artists to incorporate caricature portraits into more complex and ambitious satirical prints. By the 1780s, the word 'caricature' had come to denote all satirical prints. Its practice was no longer a light-hearted amateur pastime, but a political, and often rancorous activity. Gillray's career coincides with the increasing intensity of political life, and his savagely comic caricatures of politicians and the royal family exposed corruption and moral failings while mocking folly, greed and lechery.

Gillray's audacious and disrespectful approach inspired later caricaturists, who continued to attack the Royal family's moral dissipation during the Regency period, including the private lives of the Prince Regent and Queen Caroline. These were the climactic years for a type of vulgar caricature, which began to fall from favour during the 1830s.