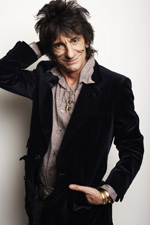 The UK's largest independent photographic agency celebrates sixty years with the unveiling of newly commissioned portraits by leading photographers of famous personalities all born in 1947 ­ including Sir Salman Rushdie by Bryan Adams; Ronnie Wood by Sean Cook; and Tessa Jowell by Lord Snowdon.

This display marks the sixtieth anniversary of independent photographic agency, Camera Press, founded by Tom Blau in 1947. In addition to presenting to the public for the first time a group of newly commissioned portraits of notable Britons celebrating sixty this year, Born 1947 ­ Camera Press at 60 also includes a selection of photographs by Tom Blau of subjects from the 1940s, 1950s and 1960s.

Born and raised in Berlin, Jewish Hungarian reporter and photographer Tom Blau left Nazi Germany in 1935 and moved to London. He initially worked as a freelance photo researcher before setting up the international photo library, Pictorial Press, on behalf of an American investor. After becoming a British citizen in 1947, Blau founded his own agency, Camera Press. With only £2,000 to set up the business, he said 'everyone I knew tried to dissuade me. The world's opinion is always 'Don't do it!! Or if you must do it, don't do it now!!' This of course is sheer nonsense. All depends on your own determination, single-mindedness and stamina.' (Tom Blau, 1983) 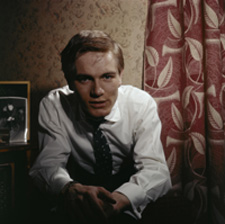 Camera Press is now the largest independent photographic agency in the UK and represents some of the world's leading photographers including Karsh, Cecil Beaton and Patrick Lichfield as well as contemporary photographers such as Jude Edginton, Gavin Smith, Adrian Green and Sean Cook. Its material includes an unparalleled royal collection, premium celebrity portraits, travel, news and features from around the globe and a vast historical archive.

Born 1947 ­ Camera Press at 60 also includes some of the Tom Blau's most striking portraits, showing an informal, intimate style of photography that reminds us of a bygone age when the gulf between photographer and famous subject was much smaller than it is today. Many sessions took place at people's homes and involved spending large amounts of time with the sitters ­ lunches, dinners, evenings out, even holidays ­ and as a result friendships were often formed between Blau and his famous subjects. In this display, John and Yoko Ono are pictured in a deep, loving gaze in 1969; Sir Laurence Olivier and Vivien Leigh are photographed relaxed at the fireside of their home at Durham Cottage in the early fifties, and - in a rarely seen colour image - a sultry Christine Keeler is shown on a London film set in 1963.

Talking about the 60th anniversary and this commemorative display at the National Portrait Gallery, Emma Blau Executive Director of Camera Press and granddaughter of Tom Blau, says: 'I know my grandfather would be thrilled with this display at the National Portrait Gallery, showcasing not only his own photography but also new works by some of the illustrious contemporary names that continue to contribute to the agency. It is photographers such as these who are responsible for our continuing success in the photographic industry.'