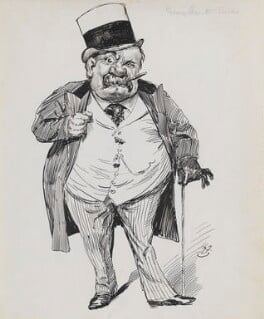 One of the most popular and prolific writers of his day, George Augustus Sala (1828-95) was also one of its most flamboyant personalities. He wrote about every issue of the day in an exuberant, often amusing manner but whatever the ostensible subject matter, he mostly wrote about himself. He was a man of immoderation with many friends as well as enemies, and although he earned a great deal he was generally in debt and occasionally bankrupt.

Born to a struggling actress, Sala had a bohemian upbringing distinct from most of his literary contemporaries. He was educated in Paris and became an artist, working as a theatrical scene-painter and illustrator for magazines. Exchanging pencil for pen, he began writing for Charles Dickens's publication Household Words in 1851. His first article received the rare accolade of being widely mistaken as the work of Dickens and he soon became one of the journal's most popular contributors.

He went on to publish volumes of fiction, collected essays, travel writing and dramatic works but his greatest fame came as a special correspondent for the Daily Telegraph. Always opinionated and entertaining, he was a pioneer of the 'leader' article and exercised considerable influence over public opinion. He was never entirely embraced by the literary world and his writing soon fell out of fashion. This display reminds us of a brilliant bon viveur who swaggered through Victorian society.