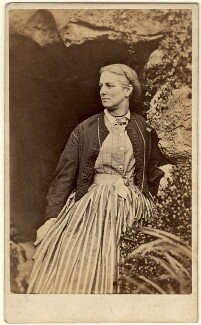 The Victorians were passionate about biography; reverential 'lives and letters', biographical dictionaries, capsule lives in magazines, series of eminent men and women, all competed for the reading public's attention. At the same time, more personal and psychologically-searching works began to appear, challenging many of the conventions of biography only recently established. The historian James Froude correctly predicted his biography of Thomas Carlyle would 'take everyone by surprise', but he was not prepared for the controversy that swiftly surrounded this revelatory work.

Autobiography too, became an increasingly crowded literary field, prompting one contemporary commentator to bemoan 'the mania for this garbage of Confessions, and Recollections and Reminiscences'. This display includes pioneering autobiographers whose works were as individual as their own lives. Towards the end of the period writers such as Samuel Butler merged autobiography and fiction, brazenly blurring the distinction between truth, memory and imagination.

This display includes some rarely-seen images of creators of literary portraits. Very much in the spirit of the Victorian collective biography, it represents significant figures in the development of 'life-writing' during the period. As a post-script, the selection includes Lytton Strachey, whose satirical Eminent Victorians, composed after the First World War, completed the deconstruction of the formal Victorian 'life and letters' begun by Carlyle and Froude.