Eamonn McCabe: Artists and their studios

Eamonn McCabe: Artists and their studios 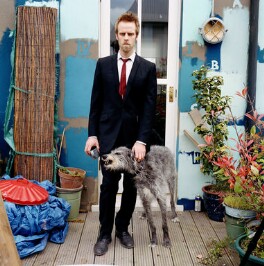 The book includes portraits of thirty-three artists in their studios, of which fourteen are shown here. The subjects span fifty years of art making from those who came to prominence in the 1950s and 1960s and are still working today. These include Howard Hodgkin and Bridget Riley, whilst Richard Long and Michael Craig-Martin emerged in the 1970s and 1980s. Three recent Turner Prize winners, Chris Ofili, Grayson Perry and Simon Starling, are shown in the context of their contemporaries, Stuart Pearson Wright and Maggi Hambling, working in figurative art.

In the foreword for Artists and their Studios, Maggi Hambling notes:

'This series reveals artists and the mysterious hot-houses in which they work. Both are usually kept under wraps, but doors have been opened and the intruder trusted.'
'The places are as diverse as their in-habitants and Eamonn's photographs portray visual facts, not trendy, glitzy effects.'