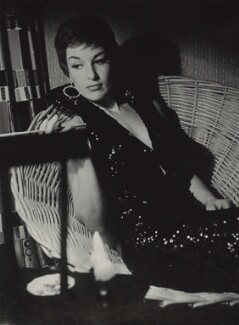 This display of eminent British jazz musicians highlights the recent acquisition of photographs by Walter Hanlon and the publication of his book, 1950s Jazz in London and Paris (Tempus, February 2008, £15.99).

In the foreword, John Dankworth, comments, 'jazz and photography grew up together and indeed helped each other achieve status and respect from the other sections of the creative-artistic process'.

Walter Hanlon was born in Glasgow in 1926. Leaving school aged fourteen; he went to serve with the Merchant Navy before becoming a professional guitarist working with ENSA (Entertainments National Service Association) and the American USO (United Service Organisations). He also broadcast with the big bands of David Miller and George Elrick. Hanlon, self-taught, pursued a career in photography from 1949 until the mid 1950s. He was able to utilise his knowledge and contacts within the 1950s London jazz scene to cover major music events. Using 'off camera' flash or available light, he took striking black and white atmospheric shots used for EP and LP covers.

Retiring from a career as a television Lighting Director, in 1989, Hanlon has re-visited his negatives, allowing these unique images of a generation of jazz musicians to be seen again.