Want to see more of me?': Donald MacLellan 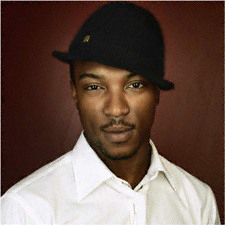 
'Want to see more of me?' is a new series of portraits of Black British film actors by photographer Donald MacLellan, partnered by the UK Film Council.

This dynamic group of images, opulent and rich in colour, celebrates both the individual and collective achievement of these actors and contributes to debates around diversity, on-screen representation, content and portrayal.

In selecting a cross section of well established actors as well as those at the beginning of their careers, MacLellan highlights the depth and range of talent in the field and raises questions about the roles that are available to Black British film actors. Says MacLellan, 'if you look again at my portraits you will see that each of the subjects is looking directly at you, most of them in a challenging way'.

MacLellan is a portrait photographer, whose images have appeared regularly in national and international magazines over the past ten years. Primarily studio based, his subjects include leading figures working in the arts and entertainment such as John Hurt, Tilda Swinton, Benjamin Zephaniah and Ewan McGregor.

The UK Film Council is the Government-backed strategic agency for film in the UK. Through the Leadership on Diversity Forum, the Council has formed a strategic partnership of twenty-one key film industry bodies, each are signatories of its Equalities Charter for Film. This collection is funded by the UK Film Council as part of its drive to celebrate the achievements of some of Britain's talented Black actors.