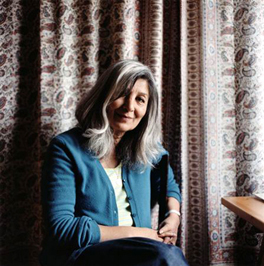 This display reveals to the public for the first time 25 photographs of poets collected by the National Portrait Gallery over a number of years, and particularly centres on a group of newly acquired photographs by the Australian-born, London-based photographer Madeleine Waller. An emerging photographic talent - whose work was first displayed in the gallery as part of the 2006 Photographic Portrait Prize - Waller

places her literary subjects within environments that have informed and shaped their work, aiming to capture the face behind the words and the personality behind the poems.

Waller's collection, which includes contemporary poets such us Jo Shapcott and Lemn Sissay, is complemented by the work of longer established photographers such as Dudley Reed and Arthur Tress who have contributed portraits of the iconic figures James Fenton and Thom Gunn respectively. Mark Gerson (b. 1921) is Britain's best known literary photographer; who started his photographic career in 1947, and has specialised in literary portraits taken on location or at writers' homes. Gerson is featured in the display with portraits of Seamus Heaney and Blake Morrison. Other photographers featured include Norman McBeath (b. 1952), who is represented here by his black and white studies of Douglas Dunn, Don Paterson and Tom Paulin. The Scottish-based McBeath also specialises in social documentary photography and is currently working on a book of portraits of poets. 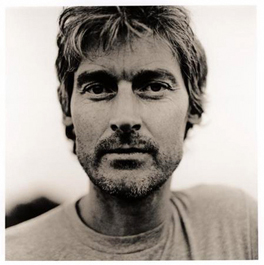 Marking the year in which Andrew Motion passes on the Poet Laureateship to his successor, 'Faces of Poetry' presents a cross-section of the writers who shape the world of contemporary British poetry. Presented alongside extracts of the poets' work, these photographs offer an insight into the individuals who have created some of the most important and best-loved poetry of the latter 20th and early 21st Centuries.