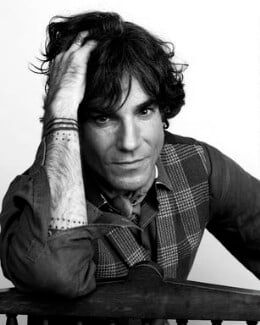 This display celebrates over twenty years of photographic portraiture by Jillian Edelstein. The National Portrait Gallery first acquired a group of portraits by Edelstein in 1990 and has since added over eighty more subjects from the worlds of film, dance, literature, politics, art and sport. Several here, including Daniel Day Lewis, Blur and Lennox Lewis are shown for the first time.

Edelstein was born and grew up in South Africa and trained as a social worker before turning to photojournalism. She began working for the Rand Daily Mail in Johannesburg and in 1983 she won the Shell Best News Picture of the Year prize. In 1985 Edelstein moved to London and worked for a variety of publications including The Sunday Times, the New Yorker, the New York Times Magazine, Vanity Fair and Time magazine.

Several of the portraits shown here come from Edelstein’s Affinities project for which she photographed creative or successful working partnerships from a variety of disciplines. These collaborative couples, appeared as a regular photo slot in the Saturday Telegraph magazine under the title ‘Soul Mates’.

More of Edelstein’s portraits in the Collection can be viewed on the Woodward
Portrait Explorer in the IT Gallery.