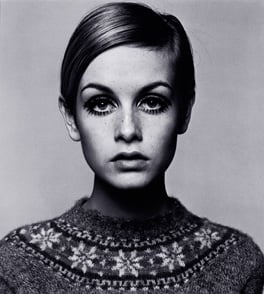 A new display at the National Portrait Gallery will celebrate Twiggy's 60th birthday and the publication of a new photographic biography of her life. One of the best-known and most respected models of all time Twiggy has worked with many of the world's leading photographers and a selection of the most iconic and important of these portraits will be on show at the Gallery.

Twiggy says, ‘Over my career I've had the privilege of working with many great photographers. I'm very excited to see so many of these portraits coming together at the National Portrait Gallery and in my new book. It's really interesting to see how fashion photography and portraiture have evolved throughout my career. I hope that this display and book will give people the opportunity to see these pictures that have captured definitive moments in my career. ‘ 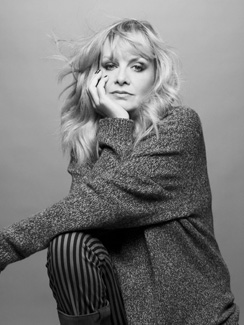 Launched with a famous haircut by Leonard and photographs by Barry Lategan in 1966, Twiggy was the world's first supermodel. It was Lategan's studies of her in the Daily Express that launched her as ‘the Face of 1966.' For the next three years Twiggy helped define swinging

London and she remains today an internationally recognised name and face. Appearing in all the leading magazines she has been photographed by Cecil Beaton, Richard Avedon, Melvin Sokolsky, Ronald Traeger, Bert Stern and Norman Parkinson amongst others.

In 1970 Twiggy embarked on her theatrical career. She played the lead in Ken Russell's film of Sandy Wilson's musical The Boyfriend (1971), for which she was awarded two Golden Globes -Most Promising Newcomer and Best Actress in a Musical. She went on to star in the Broadway musical My One and Only (1983-4), for which she was nominated for a Tony award. Twiggy continues to make regular appearances in print and on television and has more recently modelled for portraits by leading contemporary photographers including Bryan Adams, John Swannell, Mary McCartney, Steven Meisel and Sølve Sundsbo. This display of over 20 photographs will encompass the Twiggy's life in portraits, from early shots by Lategan to the present day.

To accompany the display, the National Portrait Gallery has published a hard-back book Twiggy: A Life in Photographs in September. The book includes insights by Twiggy about the photographers with whom she has worked, an introduction by Terence Pepper, Curator of Photographs, and essays by Robin Muir and Melvin Sokolsky. An illustrated chronology - including Twiggy's private collection of photographs, snapshots, cuttings and memorabilia - will explore her extraordinary life in front of the camera. The book (RRP £20) contains over 100 illustrations, and a current retrospective of the portraits in Twiggy's own words.