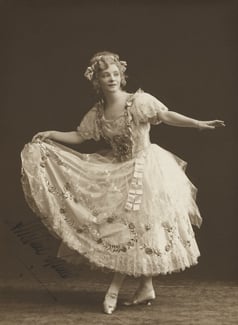 The richness and variety of dance on the British stage in the early decades of the twentieth century is often forgotten: overshadowed by Sergei Diaghilev’s Ballets Russes, which made its first appearance in London in the summer of 1911. However, spectacular ballets and dance diverstissements, featuring classical and stage dancing, attracted large and enthusiastic audiences in the years before the First World War.

The home of British ballet at this time was in London’s Leicester Square, where the Alhambra and Empire Theatres gave nightly performances of elaborate productions that usually ran for six months or more.  One of the most celebrated ballerinas of the day was the Empire’s principal dancer, Adeline Genée.

Among the collection of photographs held by the National Portrait Gallery is the archive of the fashionable photographic studio Bassano Ltd, which comprises 40,000 whole-plate and half-plate negatives. Bassano was one of a number of studios frequented by theatre people and among its extensive clientele were many popular dancers.

As well as Genée, these included her successors at the Empire Theatre, Lydia Kyasht and Phyllis Bedells; her rival, the great Russian ballerina Anna Pavlova; Canadian dancer Maud Allan, who achieved notoriety in the Vision of Salome; and, from 1918, stars of Diaghilev’s Ballets Russes.

These and other popular dancers of the period are celebrated in a display of photographs taken by Bassano, Ballet in Focus,in Room 31 (14 December 2010 –24 July 2011).  The display includes a newly acquired portfolio published by the Fine Art Society in 1913, Studies from the Russian Ballet by E.O.Hoppé and Bert, featuring classic images of Diaghilev's stars. 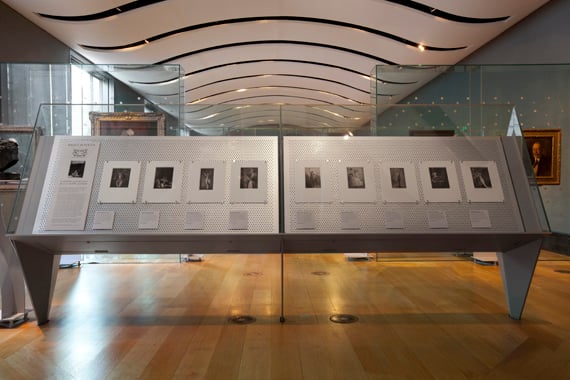