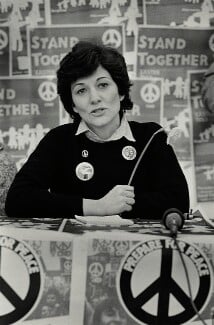 Format has a unique place in British photographic history. It is the only agency that consisted of, and promoted the work of contemporary women photographers. Founded in 1983, the agency encouraged members to develop their creativity and careers. Format's eight founding members were Anita Corbin, Sheila Gray, Pam Isherwood, Jenny Matthews, Maggie Murray, Joanne O'Brien, Raissa Page and Val Wilmer.

The photographers portrayed people and issues both in Britain and abroad, which were under-represented in the mainstream media of the time. Format documented epoch changing events such as the Greenham Common Women's Peace Camp (1981-2000) and the 1984-5 Miners' Strike; and was itself an important part in movements that brought about social change.

The portraits in this display represent significant figures in the period 1983-2003, including Julie Christie, Angela and Maria Eagle, Helena Ann Kennedy, Baroness Kennedy of the Shaws and Joan Ruddock. In 2003, despite the agency's many achievements, the difficult decision to close was reached. Format's ideals and outlook are maintained in the continuing work of its successful former members. 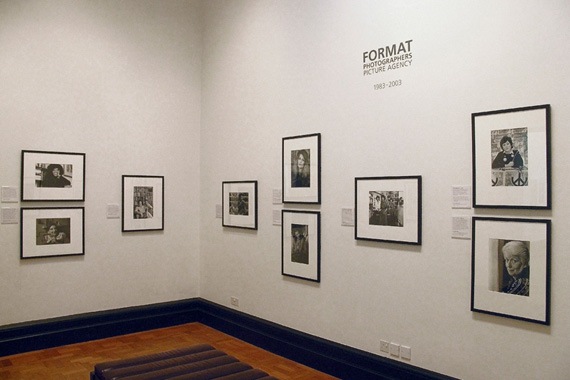