From Where I Stand: Photographs by Mary McCartney 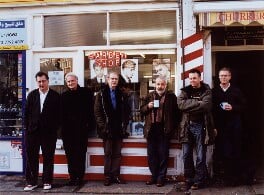 This display celebrates the publication of McCartney’s first book, From Where I Stand, selected from her archive from the 1990s to the present. Born in London in 1969, McCartney’s interest in photography began when assisting her mother, Linda McCartney. She became a professional photographer in 1995.

McCartney’s first solo exhibition in 2004 entitled Off Pointe - A Photographic Study of the Royal Ballet After Hours, documented the private world of the elite Corps de Ballet, and was first shown at the Royal Opera House, Covent Garden. Further exhibitions include her first solo American exhibition Playing Dress Up at the Goss-Michael Foundation in Dallas, Texas in 2007, and British Style Observed at the Natural History Museum in 2008.

In 2009 McCartney received her first commission from the National Portrait Gallery, to take portrait studies of the nine selectors for the exhibition Gay Icons. These portraits are in the Gallery’s permanent Collection, in addition to McCartney’s portraits of Stella McCartney, Katherine Hamnett, Shirley Bassey and Twiggy. 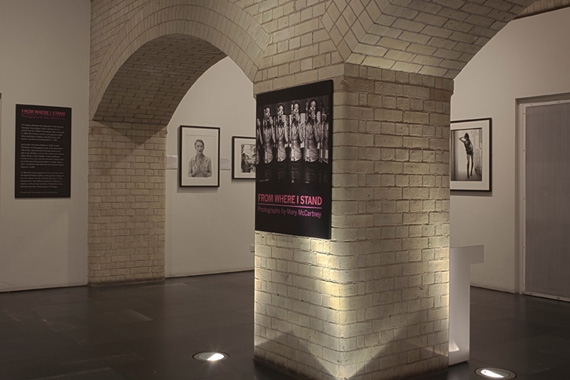