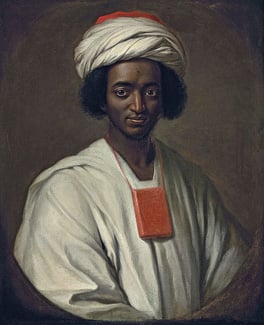 Ayuba Suleiman Diallo was an educated man from a family of Muslim clerics in West Africa. In 1731 he was taken into slavery and sent to work on a plantation in America. By his own enterprise, and assisted by a series of spectacular strokes of fortune, Diallo arrived in London in 1733. Recognised as a deeply pious and educated man, in England Diallo mixed with high and intellectual society, was introduced at Court and was bought out of slavery by public subscription. Through the publication of his Memoirs in 1734, Diallo had an important and lasting impact on Britain’s understanding of West African culture, black identity and Islam. In the early years of the nineteenth-century, advocates of the abolition of slavery would cite Diallo as a key figure in asserting the moral rights and humanity of black people.

Now on a five-year loan to the Gallery, William Hoare’s sensitive portrait of Diallo is the earliest known British oil portrait of a freed slave and the first portrait to honour an African subject as an individual and an equal. Painted at the time when there was a new interest in Islamic culture and faith in Britain, it provides a fascinating insight into the eighteenth-century response to other peoples and religions.

‘This is a good example of international cooperation between museums, which will extend the opportunities for people to understand the importance of Ayuba Suleiman Diallo. It is a portrait that sheds new light on cultural and intellectual exchanges in the first half of the eighteenth century. We are extremely grateful to all those people who were so enthusiastic about the appeal, and we will be following up to return funds. I am very pleased that everyone will be able to see this fascinating painting on the walls of the Gallery and on tour’. Sandy Nairne, Director. 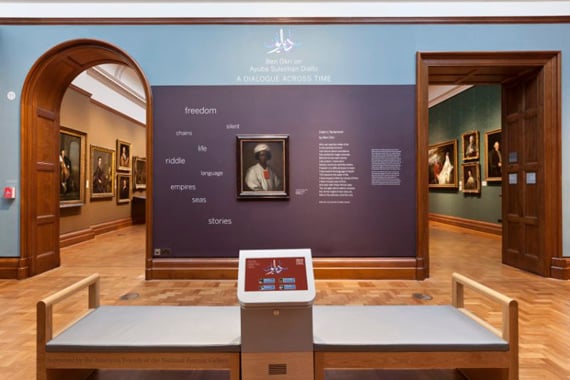