Cavendish Morton: A Man of Many Parts I know of no other gallery that interests me so much as the National Portrait Gallery. There I realise what each one of a legion of distinguished men looked like.

This display celebrates the work of the photographer, actor and art director Cavendish Morton (1874-1939), a leading artist of the Edwardian period.

Born in New York to British parents, Morton took up photography in the late 1890s, opening a studio at 60 Primrose Mansions, Battersea Park. He specialised in stage and society portraits and during the 1900s exhibited, and was awarded several prizes, at Photographic Salons. He was renowned for his ability to transform himself into various characters, the results of which were published as The Art of Theatrical Make-Up (1909), a handbook for actors and make-up artists. This was followed by a prestigious exhibition of platinum prints at London’s Camera Club in 1913.

The novelist Concordia Merrel, who was Morton’s wife and muse, and his twin sons Cavendish (b.1911) and Concord (1911-79) were also the subject of many of his inventive compositions. The family lived at 33 Torridge Road, Thornton Heath where Morton also worked. Although most of Morton’s negatives were destroyed during the Second World War, a significant number of his platinum prints survived, and in 1994 his son Cavendish generously donated 100 of these to the National Portrait Gallery, which form the basis of this display. 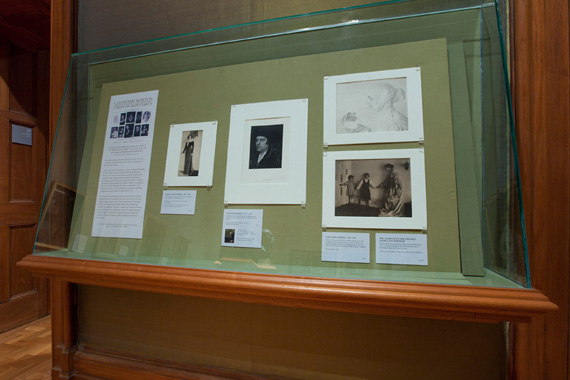