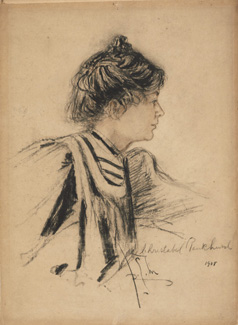 This display marks the Gallery’s recent acquisition of a little-known, but intriguing, drawing of Christabel Pankhurst in her role as the ‘shining light’ of the Suffragette movement. It also celebrates the interesting circumstances of its production - the Canadian artist Richard George Mathews having conceived it as a feature illustration for the Bystander, a leading weekly newspaper that courted a middle-class, female readership, to which he regularly contributed.

When the portrait was reproduced in their 1 April 1908 edition, the newspaper offered their readers the chance to obtain one of the ‘hundred artist’s proofs’ available for ‘half a guinea’. By this point, Christabel Pankhurst had become a controversial figure, responsible for leading the Suffragettes into militancy and incarceration as the best means to gain ‘Votes for Women’. Throwing new light on the Suffragettes’ representation in the press, this display highlights the Bystander’s resoundingly positive view of this notorious celebrity, who they proclaimed ‘A Boadicea of Politics’, and praised for cleverly combining ‘the wiles of woman with some of the mind of man’. 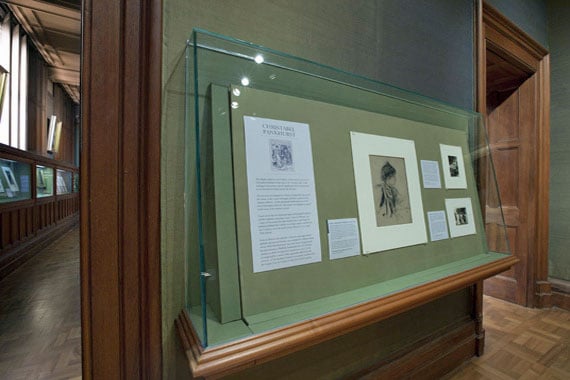