Mick Jagger: Young in the 60s 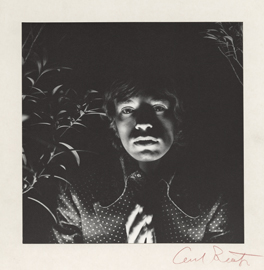 Mick Jagger: Young in the 60s documents the singer’s early rise to become one of the most influential singer-songwriters of the era. This display coincides with the British edition of the Arles publication Mick Jagger: The Photobook, being published by Thames and Hudson in May 2011.

Michael Philip (‘Mick’) Jagger was born in Dartford in 1943 and educated at Dartford Grammar School and the London School of Economics. Jagger formed the rock and roll band The Rolling Stones in 1962 with Keith Richards and Brian Jones. Bill Wyman and Charlie Watts joined soon after. They had their first chart hit with Come On in July 1963, the first of 15 hit singles in the 1960s. In the same decade, Jagger started an acting career with roles in Performance and Ned Kelly. The Stones continue to be one of the most significant bands to the present day. Jagger was created a Knight in 2002 for services to popular music.

The Gallery’s holdings of portraits of the group started with a gift in 1972 from Cecil Beaton of his portrait of Jagger taken in Morocco in 1967. New acquisitions in the display include portraits of the singer by Gered Mankowitz, including one with his prized Aston Martin DB6, and another from 1968 that shows the influence of pop art and psychedelia on Jagger’s clothes and surroundings.

The display will include an image from the Rolling Stones’s first official photo shoot by Philip Townsend. Other key images are a previously unexhibited colour photograph by Colin Jones (1967), Michael Cooper’s study of the Rolling Stones for the cover of their album Their Satanic Majesties Request (1967) and Michael Joseph’s supremely decadent image of the group posing with a large menagerie of animals for the gatefold of their album Beggar’s Banquet (1968). 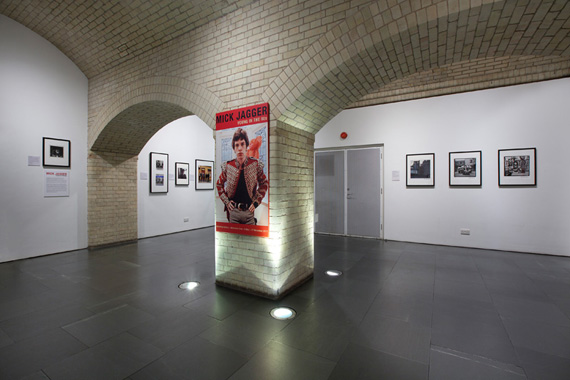