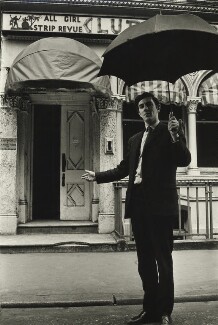 This display of twelve photographs of the founders of and early contributors to Private Eye celebrates the magazine’s fiftieth birthday. The first issue appeared on 25 October 1961, the creation of Christopher Booker, Richard Ingrams and William Rushton. Their friendship and collaboration began at Shrewsbury School and continued during their Oxbridge years, where they contributed to Private Eye’s predecessor Mesopotamia. Ingrams took over as editor in 1962, his unapologetic editorial style shaping content until he handed the post over to Ian Hislop in 1986.

In 1962 comedian Peter Cook became the proprietor of Private Eye and with regular contributions from John Wells, Paul Foot, Claud Cockburn and Auberon Waugh, it became a source of investigative journalism as well as anti-establishment satire.

Early issues were compiled at 22 Greek Street, Soho, two doors up from Cook’s nightclub, The Establishment. Lewis Morley (b.1925) rented a studio on an upper floor, acting as the semi-official photographer of the satire boom, first photographing the cast of Beyond the Fringe and contributing images to Private Eye.

Morley worked on assignments for Tatler, Go! and She magazines but is now best-known for his photographs of Christine Keeler, taken as the 1963 Profumo scandal was unfolding, and later portraits of Joe Orton. He chronicled many of the new idols of 1960s society and captured the spirit of the era. At the end of the decade Morley left London for a new life in Australia. 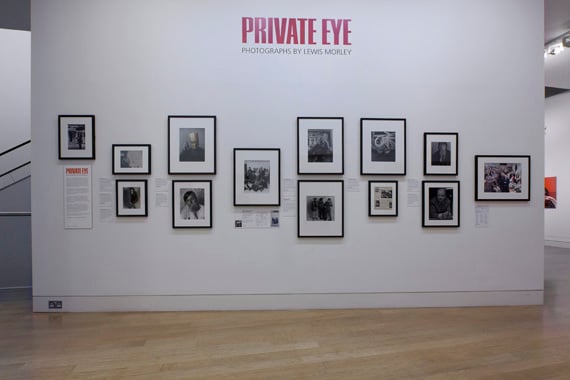