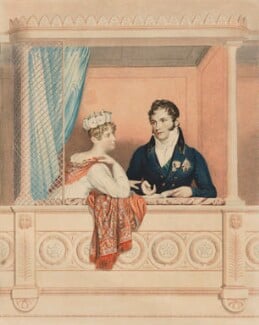 Princess Charlotte Augusta of Wales; Leopold I, King of the Belgians
by William Thomas Fry, after George Dawe
based on a work of 1817
NPG 1530

In the early nineteenth century two young women would occupy the position of ‘heir to the throne’ in quick succession. One died tragically early, while the other, born to replace her, went on to reign for over sixty years as Queen Victoria. Telling a tale of romance, sorrow and renewed hope, this display focuses on the fateful linkage in the history of Princess Charlotte of Wales and Princess Victoria of Kent, and how both their lives pivoted around Prince Leopold – beloved husband to one, and trusted uncle to the other.

Featuring a range of portraits in wax, watercolour, and print, as well as commemorative images, it includes an engraving of Princess Charlotte’s last portrait from life by Sir Thomas Lawrence, completed posthumously. By bringing together these images, the display traces the idealised nature of the imagery used to represent a young woman in direct line to the throne at a time when the nation tired of the debauched Prince Regent’s rule. 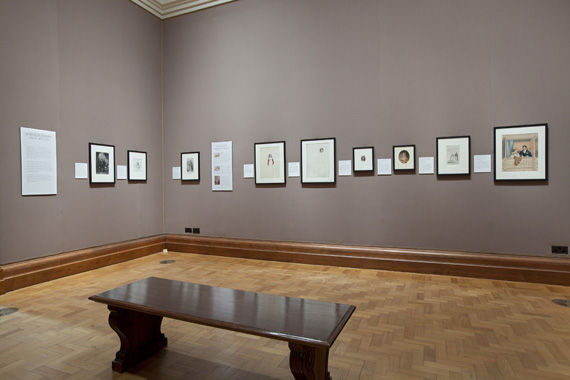