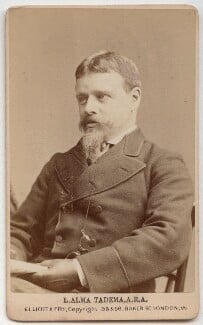 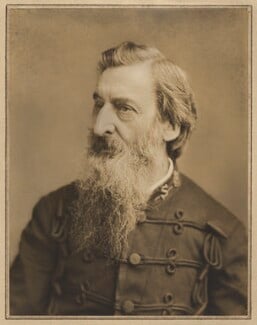 Commemorating the centenary of the deaths of the Victorian painter Sir Lawrence Alma-Tadema and The Salvation Army’s founder, William Booth.
A painter of classical subjects, Sir Lawrence Alma-Tadema was one of the most successful artists of the late Victorian period. Born in Friesland in the Netherlands, he moved to Antwerp, aged sixteen, to pursue a formal art education. After working in the studios of Louis Jan de Taeye and Baron Henry Leys, Alma-Tadema established himself independently and in 1864, gained a significant commission of twenty-four pictures from the influential art dealer Ernest Gambart. Gambart immediately began displaying Alma-Tadema’s work in London, so that when he moved to England in 1870, his work was already known. Although successful on the continent, Alma-Tadema remained in London for the rest of his life, where he further prospered financially and socially. An excellent businessman, Alma-Tadema also became known for his designs for furniture, interiors and the theatre. Although admired during his lifetime, his reputation waned after his death. His contribution to the history of British art has since been re-evaluated and his legacy revived.
William Booth was born in Nottingham where he experienced directly the consequences of poverty. As an adolescent, Booth abandoned the Church of England and converted to Wesleyan Methodism, inspired by the American revivalist preachers. He began preaching in the streets, exhibiting the principle of active Christianity that defined his lifelong work. In 1849, Booth moved to London, working as an itinerant preacher and building a reputation with his powerful oratory. Here, he met the like-minded Catherine Mumford (1829–90) who strongly influenced the direction of his career, particularly in the Salvation Army’s progressive views towards female preachers. They married in 1855 and almost all of their eight children became involved in the Army’s work. From these beginnings, Booth grew to be one of the Victorian era’s greatest revivalist preachers and social reformers, emphasising physical regeneration through social welfare as essential to spiritual salvation. Although opposed by the conservatism of the age, his conviction and determination ensured that the Salvation Army grew and survived as an international organisation and one of the greatest providers of humanitarian aid. 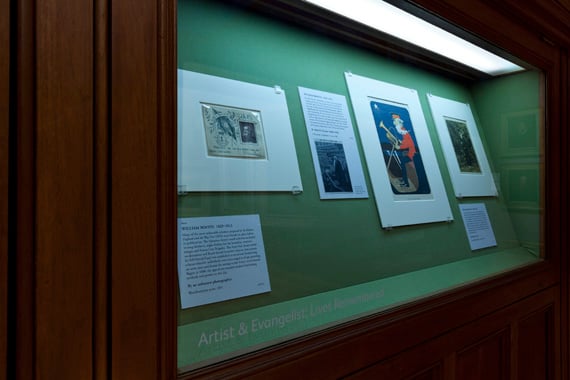