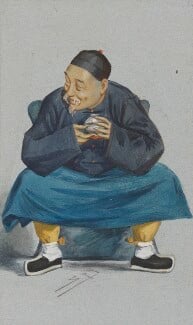 Commissioned by his editor to depict ‘the numerous foreign rulers, who have visited our islands from time to time’, Leslie Ward included drawings of foreign statesmen amongst the comic portraits of prominent characters he regularly supplied to Vanity Fair. Living up to his nickname ‘Spy’, he acquired these caricatured likenesses for the periodical through covert study as well as impromptu and formal sittings. His lively impressions of these powerful individuals are records of a largely forgotten element of Victorian history – the role and celebrity of international diplomats operating within British society.

Drawing on Ward’s memoirs, and Vanity Fair’s description of the sitters’ contextual significance, this display presents five of the original sketches he made of key diplomatic figures. As this representative sample of his work shows, Ward’s subjects encompassed visiting statesmen, such as the exiled Grand Vizier of Turkey, Midhat Pasha, as well as the official diplomats accredited to the Court of St James’s, including Kuo Sung-t’ao, the first Chinese Minister to Britain. Providing evidence of the move to develop diplomacy as an alternative to military action, this displays highlights some of the distinguished foreigners involved in shaping international relations at the turn of the nineteenth-century. 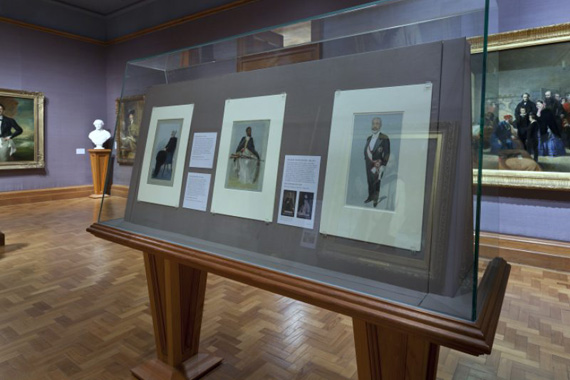