Famous in the Fifties: Photographs by Daniel Farson 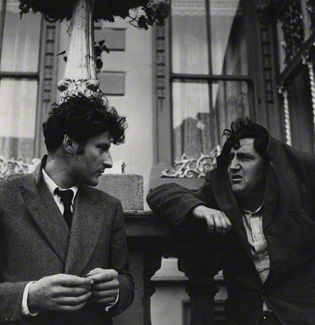 The son of an English mother and the renowned American foreign correspondent, Negley Farson, Daniel Farson first became interested in photography working for the US Army’s Stars and Stripes magazine supplement. On display is an issue of Panorama, the magazine he established at Cambridge University, which helped Farson secure a job as a staff photographer for Picture Post.

Farson’s association with bohemia is demonstrated by intimate portraits of Lucian Freud and Brendan Behan and a group of writers shown with lifelong friend John Deakin, photographed in Soho, Farson’s haunt of many years.

A portrait of Adam Faith inscribed by Farson, ‘I put him on TV first’, illustrates Farson’s impact on television, presenting programmes including Out of Step (series, 1957) and Living for Kicks (1960). His portrait of Joan Littlewood is one of a group that relates to the theatre. In 1967 Littlewood produced Farson’s play about Marie Lloyd, a venture which followed his revival of music hall acts as the landlord of The Waterman’s Arms on the Isle of Dogs.

From 1964 Farson lived in Devon and became the author of 27 books. Four book jackets are shown alongside his portraits of those he wrote about including Graham Sutherland and Gilbert and George. 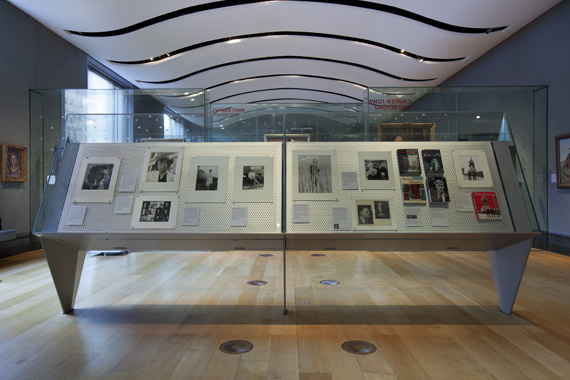