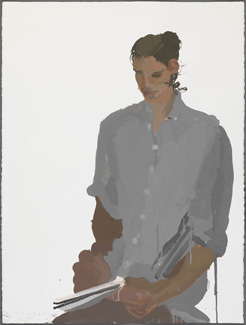 In 2006, Humphrey Ocean started making a series of portraits of visitors to his studio- a project which is ongoing.  Working swiftly in gouache on large sheets of paper in his studio, Ocean paints his sitters, including family members, friends and professional acquaintances, in simple forms and bold colours.  The project has an obsessive character that is compelling and, when seen together, the portraits are an exuberant display of the artist's love of painting, colour and people. The sitters have shared the experience of sitting for a portrait, but Ocean has illuminated something unique about each person-how they tilt their head or how they wear their shirt - with an immediacy that tethers the image to the day they visited the studio.

Humphrey Ocean is a painter with a long association with the National Portrait Gallery.  In 1982 he won the Gallery's annual Portrait Prize with the painting Lord Volvo and his Estate, and has undertaken several commissions for the Gallery, including Sir Paul McCartney (1983) and Philip Larkin (1984).  In 1999, he collaborated with the Gallery on the exhibition The Painter's Eye. Ocean was elected Royal Academician in 2004.  Portraiture has retained an important place in Ocean's diverse output but has, in recent years, reasserted itself as a focus.

See the Gallery blog for posts by Associate Curator, Rosie Broadley on this display. 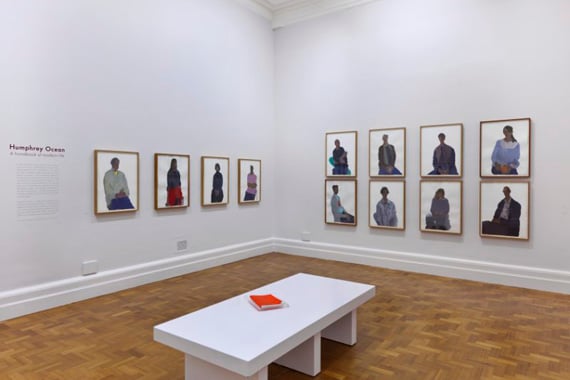