The eight portraits on display include the official engagement portraits of the Duke and Duchess of Cambridge taken in London in 2010. The earliest image on display is of HRH The Prince of Wales from 2003 which was commissioned as an official portrait and another of HRH Prince William, taken in the same year to mark his 21st birthday. The official commission to mark HRH Prince Henry’s 21st birthday will also be on display as well as a portraits of HRH The Prince of Wales and The Duchess of Cornwall, commissioned by British Vogue in 2006, and another photograph of this royal couple in their car, taken in 2010, from Testino’s personal work.

Mario Testino, born in Peru in 1954, is one of the outstanding photographers of his generation. He is perhaps best known for his work in fashion photography, which has been featured across the globe in magazines from Vogue to Vanity Fair, as well in advertising campaigns for clients including Burberry, Gucci, Dolce & Gabbana and Versace. In 1981, when standing with the crowds in London celebrating the marriage of HRH the Prince of Wales and Lady Diana Spencer,  Testino took his first spontaneous royal portrait when Her Majesty Queen Elizabeth the Queen Mother and her grandson, Prince Edward, passed by. Since then he has taken many celebrated formal photographs of many members of the House of Windsor. 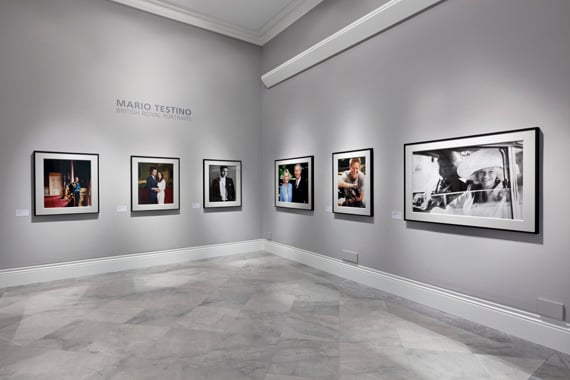