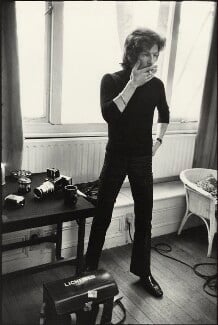 This first solo display of ten photographs by Neil Libbert celebrates Libbert’s fifty-five year career as a photojournalist.Born in Salford, Libbert studied at the Regional College of Art in Manchester before starting to work as a photographer and opening his own studio in the city in 1957. He joined the staff of the Manchester Guardian, and moved to the paper's London office in 1961. He stayed with the Guardian until 1965 before working under contract to The Sunday Times, the New York Times, Granada TV and the Illustrated London News until 1968 when he again became a freelance photographer. Libbert still regularly covers performing arts photography for the Observer.

This display focuses on key works from 1958 – 1984, many on show for the first time, and includes two portraits that were used on the front page of the Guardian newspaper. One of these photographs is of conservative politician and statesman, Sir Winston Churchill, with Sir Charles Wheeler, President of the Royal Academy, taken in 1963. The other cover photograph is of actress Jayne Mansfield, union leader Ted Hill, President of the Amalgamated Engineering Union William Carron, and general secretary of the Labour party, Morgan Philips. Other portraits on display are of novelist Kingsley Amis, artists Francis Bacon and Edward Burra, footballer George Best, photographer Patrick Lichfield, actors Helen Mirren and Paul Robeson, and playwright Harold Pinter. 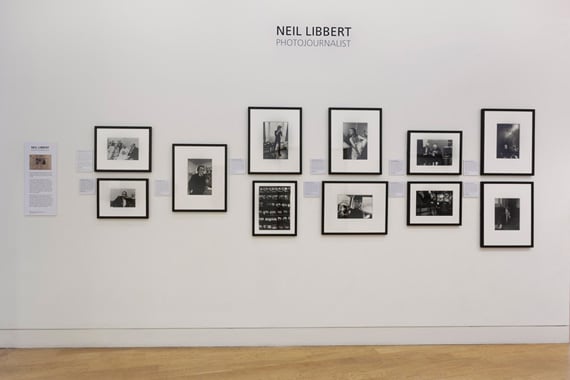