This display celebrates the recent acquisition of a group of sixteen photographs by Vogue photographer Peter Rand, and the recent publication of The Day of the Peacock: Style for Men 1963-1973 (2011) which features many of Peter Rand’s fashion photographs.

Born in Dorset, Rand attended Ealing Art and Photographic College, before working as an assistant to Peter Peck at Woburn Studios (1958-9). In 1960, he joined the John French Studios, and in 1962 two of his photographs appeared on the cover of the September and December issues of British Vogue. An editorial contract with Vogue followed, and Rand remained with the magazine until 1970, photographing the leading figures of the 1960s.

This display focuses on ten key works from this period which are exhibited for the first time, and includes photographs of actors Fenella Fielding, Ian Holm, Anna Massey, Sarah Miles with her brother Christopher, Corin Redgrave, Peter Wyngarde, Mike Sarne; playwright Harold Pinter with the cast of The Caretaker, singer Dusty Springfield, and entrepreneur Richard Branson.Peter Randcontinues to specialize in portraiture and fashion photography. 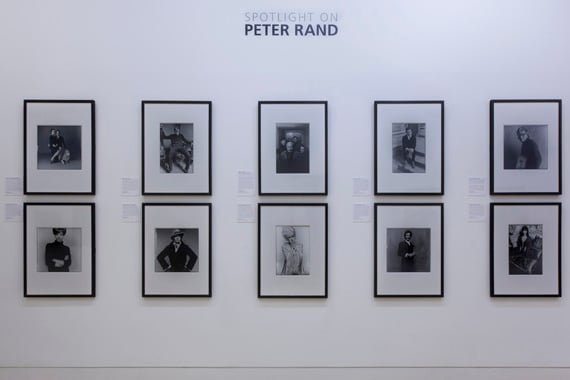