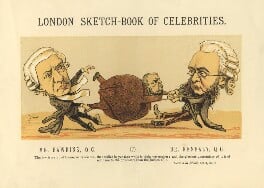 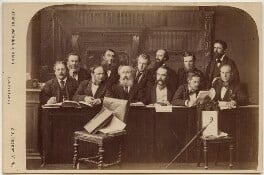 The Tichborne Trials were the most controversial court cases of the Victorian age, and two of the longest in English legal history, captivating popular imagination from the Claimant’s arrival in England in 1866 until the case’s end more than eight years later. They involved an aristocratic family, the Tichbornes, and a poor Australian immigrant who claimed to be one of them in a battle over the Tichborne title and estate.

This legal event left a legacy that is also political and cultural. The trials led to English legal reform and changes in the law. They revealed the divisions of power inherent in English society, splitting public opinion as the establishment mainly stood against the Claimant, who was also called Tomas Castro or Arthur Orton, while the working-classes mainly supported him. Press commentary was vociferous throughout and the public revelled in the daily reports of the case. Collectible cartes-de-visite of the main protagonists and other ephemera contributed to the sense of spectacle. The Claimant had become a popular hero and celebrity, who still excites intrigue and analysis generations on.

Consisting of photographs, prints and drawings of the main protagonists in this cause célèbre. 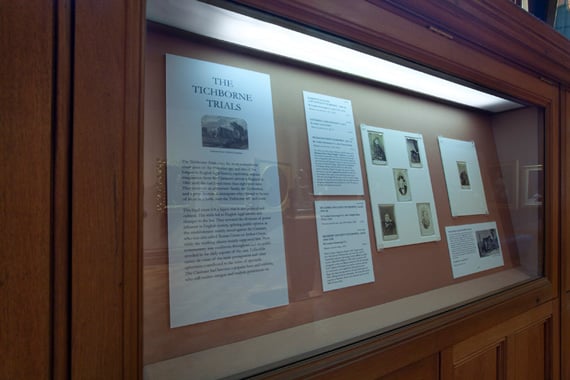