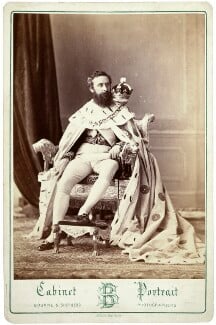 In the eyes of Lady Curzon, writing in 1898, the office of Viceroy of India was ‘the greatest position in the English world next to the Queen and Prime Minister’. This coveted, yet dangerous, role, with its highly unusual, quasi-royal character, had come into being in the aftermath of the Indian Uprising, when Queen Victoria was declared sovereign of British India in 1858. With this statutory change, her representative in the subcontinent was elevated from the bureaucratic title of Governor-General to the majestic one of Viceroy.

Over the next eighty-nine years, twenty four men were called upon to embody the role of Viceroy. Each brought their individual character to bear on the task of performing royalty in the name of the British monarch, using the regal practices of the Mughals. Focusing on a selection of portraits relating to key moments in the Viceroy era, this display explores the changing characteristics of the role. Looking to mark the involvement of Indian protagonists, it ends with Henri Cartier-Bresson’s jubilant image of the departure of the last Viceroy, Lord Mountbatten, in the presence of India’s new Prime Minister, Jawaharlal Nehru. 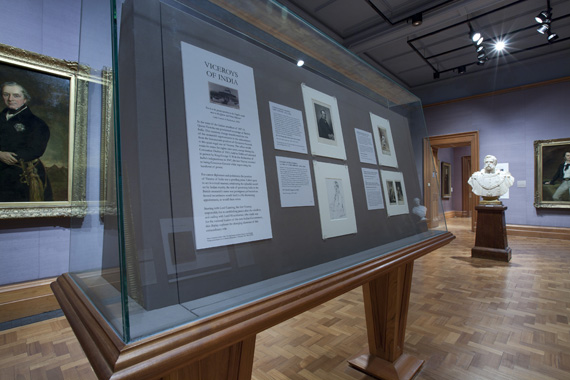