Benjamin Britten: A Life in Pictures 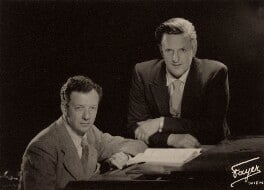 Benjamin Britten is considered to be one of the greatest British composers of the twentieth century and in 2013, the centenary of his birth, his life and music have been celebrated around the world.  He was born in Lowestoft on 22 November 1913 – feast day of St Cecilia, the patron saint of music – and, drawn to the piano from infancy, began to compose his own music from the age of five or six.  His precocious talent matured into one of the most distinctive voices of twentieth century British music and found expression in a wide range of musical forms.  Over the course of a prolific career he collaborated with many notable musicians and singers and was inspired to create work specifically for those he most admired.

As part of the centenary celebrations, the Gallery will present a display of more than forty photographs to chart the life of Britten in pictures and present him among many of the composers, musicians, singers, librettists, stage directors and producers with whom he worked and who, for a time, became part of his circle.  At the centre of this group was his partner of almost forty years, the celebrated tenor Peter Pears.  The couple’s careers were inextricably bound together: most of the leading characters in Britten’s operas were written for Pears, they co-founded the Aldeburgh Festival of Music, and, until ill-health forced him to retire from performing in public, Britten was virtually the only pianist to accompany Pears in recital.

The range of Britten’s musical output was extensive and brought him into contact with luminaries in many creative fields.  Among their number, not all of whom are featured in the display, are artist and designer John Piper and his wife, the librettist Myfanwy Piper; poets W.H. Auden and Edith Sitwell; novelist E.M. Forster; composers Sir Michael Tippett and Colin Matthews; choreographers John Cranko and Sir Frederick Ashton; talented young musicians such as horn player Dennis Brain and pianist Noel Mewton-Wood, both of whom died tragically young; and British actors David Hemmings and Michael Crawford  who, as boys, both made early stage appearances in Britten’s operas.

Opening in the month that Britten was born, the display will span all sixty-three years of his life, showcasing the breadth of his extraordinary achievement, to his death on 4 December 1976.  The photographs include many that have not been shown at the Gallery before and are drawn from family and personal snapshots from his boyhood and professional life, given by the Britten Estate in 1981, and portrait studies of his closest friends and musical collaborators selected from the reference collection of photographs. 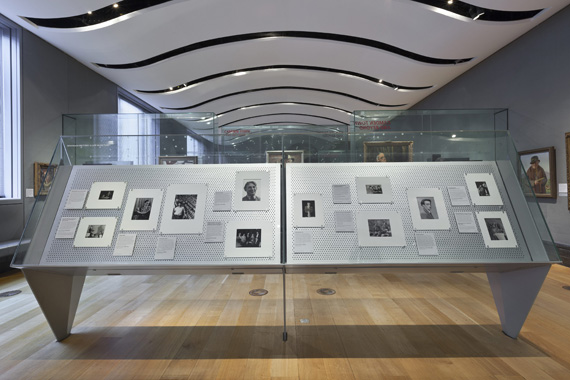