Francis Goodman: Back in Focus 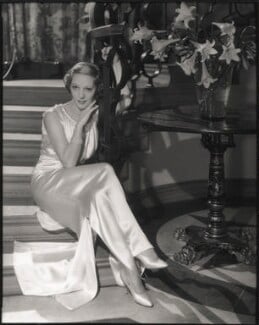 Born Francis Julian Gutmann (1913–89) in London, ‘Franzie’ was brought up in Munich from 1919, where he first experimented with photography on a Box Brownie camera. He returned to London in 1931 and anglicised his surname in 1938. As an eighteen-year old, he became apprenticed to the fashion and advertising photographer Shaw Wildman, and later worked for Peter Rose Pulham, whose Berkeley Square studio he adopted. His early fashion photographs appeared in Vogue and Harper’s Bazaar magazines, while his society portraits were published in The Sketch. Much of Goodman’s original work from the 1930s was lost during the Second World War, but several photographs are still traceable in photographic magazines and annuals, and press reproductions.

During the Second World War, Goodman served as an army private, and later with the Royal Air Force’s Photographic Interpretation Unit in Medmenham. He returned to portraiture in 1945, and began working on location with three portable flood lights and a Rolleiflex camera. Most of his work appeared regularly in The Tatler and Bystander from the mid 1940s until the late 1950s. 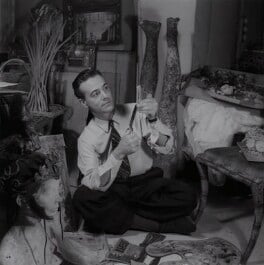 In the 1950s, Goodman continued to take society portraits and also recorded costume balls, parties and book launches. His fashion photographs, which often featured famous actors and designers in the early stages of their careers, continued to be published in magazines such as The Tatler and Bystander, and also in Gentlemen’s Quarterly and Cloth and Clothes.

Goodman also began working as a travel photographer with the aim ‘to finish the world before it finished me.’ He worked for P&O and Union Castle liners, and travelled with Royal Air Force Transport Command to complete assignments in Hong Kong, Singapore and Borneo. In the 1960s, he was employed by the tourist boards of the Bahamas, Barbados and Jamaica, where he photographed well-known personalities holidaying there. In 1966, Goodman gained his ‘first regular job’ with the British Cycling Bureau, photographing famous sitters on bicycles and writing accompanying articles.

Goodman did not become wealthy through photography, but always believed in being well-dressed and keeping a fashionable London address. Personable and popular, he was always modest about his achievements. Goodman died in 1989 and bequeathed his remaining archive of negatives to the National Portrait Gallery. These negatives form the basis of this display celebrating the centenary of his birth and can now refocus attention on his achievements. 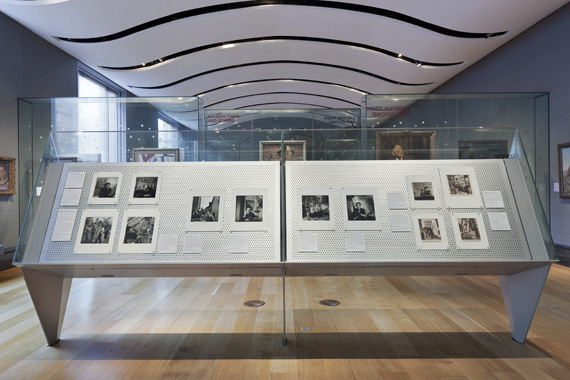