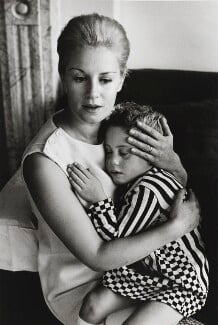 Hungarian-born photojournalist Michael Peto’s photographic career is celebrated in this new display organised in collaboration with the University of Dundee. The ten photographs by Michael Peto (1908-1970) taken in London during the 1950s and 1960s to go on display from 17 September 2013 will include the photograph shown to the right of Elizabeth Taylor with Richard Burton during the recording of the acclaimed BBC radio production of Dylan Thomas’s Under Milk Wood in October 1963.

Other celebrated subjects in the display will include Samuel Beckett photographed in his Paris apartment in 1961, Nelson Mandela photographed during a brief visit to London in June 1962, Jennie Lee photographed near the Houses of Parliament in 1965, and Paul McCartney with The Beatles during the making of the Richard Lester directed film Help! (1965). One of Peto’s last sittings featured in the display shows a young Ian McKellen at the time of his success in the Prospect theatre production of Richard II in 1969.

Born in 1908 in Bata, Hungary, Peto settled in London at the outbreak of the Second World War in 1939, working firstly as a writer. He took up photography in 1947 mainly to illustrate his own work. His photographs were first published in The Observer in March 1949. He became a regular contributor alongside other celebrated photojournalists including Jane Bown, Peter Keen and David Sim. During the 1950s and 1960s, Peto documented social issues and the key cultural and political figures of the era. His celebrated publications include The Dancer’s World (1963) with Nigel Gosling and About Britain (1967) with Kenneth Harris. Following Peto’s death in 1970, his archive of 130,000 original negatives and vintage prints was donated by his family to the University of Dundee. 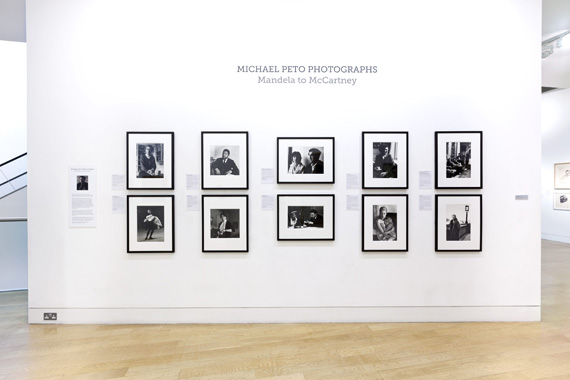