Scandal ’63: The Fiftieth Anniversary of the Profumo Affair 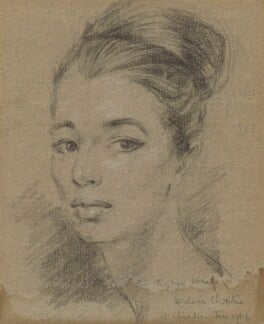 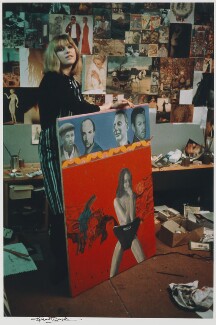 Consisting of 29 images including original drawings, vintage press photographs, newspapers, magazines, film lobby cards and an LP sleeve. This display includes some of the key players in the political scandal that rocked the political establishment.

The first frame charts John Profumo’s life from his marriage to actress Valerie Hobson in 1954, through his position as Minister of War, to his connection with showgirl Christine Keeler. Society osteopath and amateur artist Ward’s drawing of Keeler is accompanied by four photographs showing him at the Cliveden pool on Lord Astor’s estate, preparing for his exhibition at the Museum Street galleries and being photographed during his trial. Keeler’s friend Mandy Rice-Davies is shown at her parents’ home in Solihull and at the opening of Ward’s exhibition.

A vintage print of Lewis Morley’s iconic image of Keeler is shown with Gerald Scarfe’s caricature of Harold MacMillan as Keeler in Private Eye magazine. Morley’s photograph was taken to publicise a film of the affair; later made starring Yvonne Buckingham and represented here by Tom Blau’s photographs during the filming of the prologue and two lobby cards for its release in America (the film remains unseen in Britain).

Art inspired by the affair includes Barry Fantoni’s record sleeve and the British Pop Artist Pauline Boty’s work Scandal ’63. This lost work is shown in Michael Ward’s colour photographs of the artist in her studio. 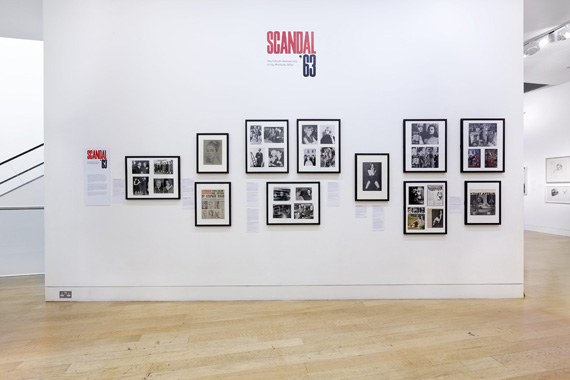