Henry Tonks: Studies of the Artist 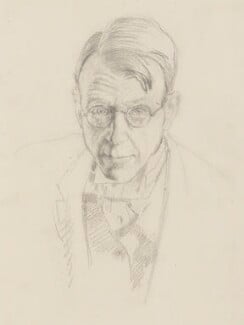 This display showcases three self-portrait sketches made on the eve of the First World War by one of the most influential art teachers of the twentieth century, Henry Tonks (1862-1937).

Tonks began his career as a surgeon, but his other passion was art, and from 1888 he attended evening classes at the Westminster School of Art. His teacher, Frederick Brown, was the founder of the progressive New English Art Club – an alternative to the Royal Academy of Arts, and an exponent of Impressionist art in Britain.  Tonks soon became a member of the Club, whose other members included the artists James McNeill Whistler, Walter Sickert and John Singer Sargent.  In 1892, he was appointed Assistant Professor at the Slade School of Fine Art, and it was in this role that he completed the three arresting self-portrait studies in this display.  On the outbreak of the First World War, Tonks returned to practicing medicine, during which time he made his famous pastel drawings of patients before and after plastic surgery. Tonks was appointed an official war artist in 1918, and at the close of the war he succeeded Brown as Slade Professor – a post he held until his retirement in 1930.

Tonks used his extensive knowledge of anatomy to teach life drawing, upholding that ‘to live with a bad drawing is to live with a lie’; a later student, Paul Nash, recalled how Tonks’s ‘surgical eye raked my immature designs’.  Tonks was a formidable figure, austere and sarcastic in manner and, as one student, Helen Lessore, described ‘physically he was a towering, dominating figure, about 6ft. 4in. tall, lean and ascetic looking, with large ears, hooded eyes, a nose dropping vertically from the bridge like an eagle's beak and quivering camel-like mouth’.  Many of Tonks’s pupils went on to achieve success in their own right, including Augustus and Gwen John, Stanley Spencer and William Orpen. 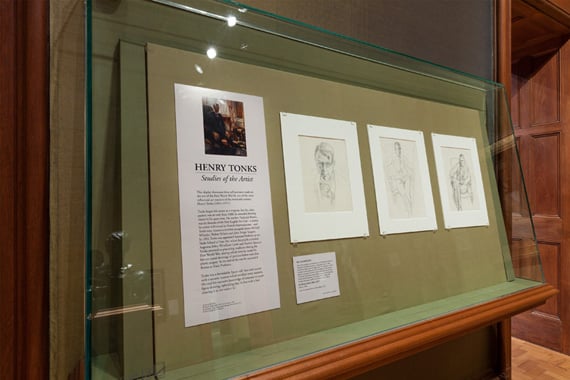