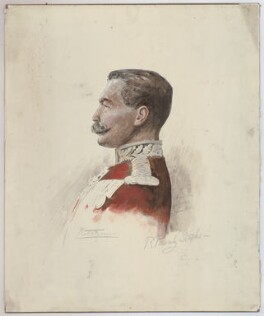 Let us admit it fairly, as a business people should,
We have had no end of a lesson: it will do us no end of good.

The second Boer War (1899-1902) in South Africa marked a turning point in attitudes towards the British Empire and informed British military strategy in the lead up to the First World War.

The war was fought between the British and the Afrikaans-speaking settlers of two independent Boer republics, the Transvaal and the Orange Free State, who resisted annexation by the British Empire. Open warfare descended into a bitter guerrilla campaign led by the Boers which the British countered ruthlessly with a ‘scorched earth’ policy and civilian internment in concentration camps. The British forces were ultimately victorious in annexing both republics but, with huge losses from both combat and disease, embarrassing setbacks and negative public opinion back home, the war had a sobering effect on the Empire’s overreached pride.

This display explores this controversial war via the stories of the campaign’s central protagonists, including Field Marshals Lord Roberts and Lord Kitchener, the founder of the Scout movement, Robert Baden-Powell, and other figures whose part in the war is less widely known, such as Winston Churchill, Mary Kingsley and Emily Hobhouse. 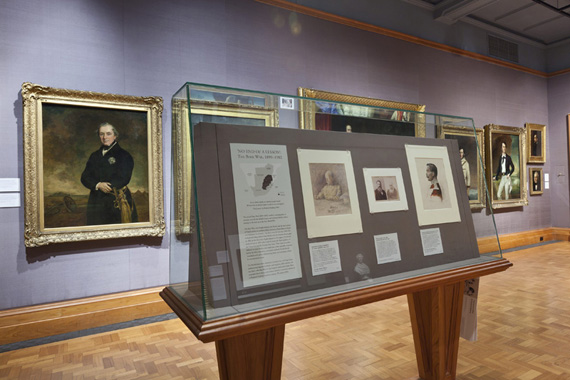