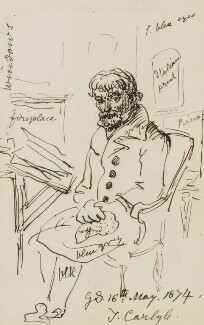 This display focuses on the eminent Victorian historian and literary figure, Thomas Carlyle (1795-1881). Carlyle established his reputation through the major works Sartor Resartus (1833-34), The French Revolution (1837) and Frederick the Great (1858-65), as well as shorter books and essays such as his collection Latter-Day Pamphlets (1850).  His 1840 lecture series On Heroes, Hero-Worship, and the Heroic in History (published 1841) and subsequent writings on the example set by inspirational portraiture of ‘our Historic Heroes’ informed the founding of the National Portrait Gallery as well as G. F. Watts’ Hall of Fame project.

The display showcases a selection of the Gallery’s varied iconography of ‘the Sage of Chelsea’, alongside portraits of his wife, Jane, contemporaries Edward Irving, Alfred Tennyson, Charles Dickens and John Stuart Mill, and his controversial biographer, James Anthony Froude. 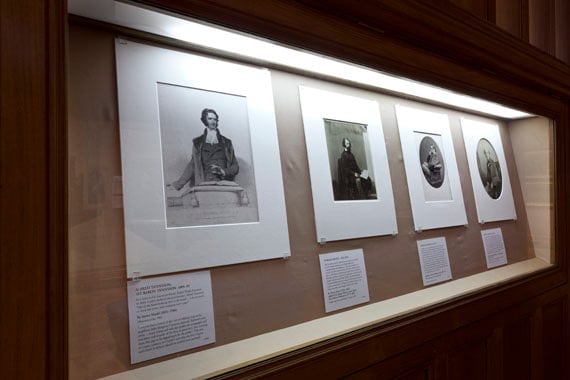