Bond: Behind the Scenes of Spectre 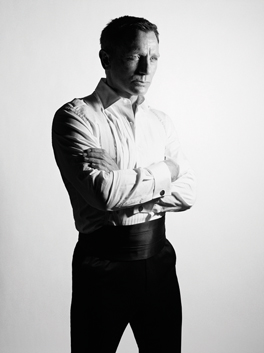 The film release of Spectre (2015) marks the continuation of one of the most successful and longest running franchises in cinema history that began with Dr No in 1962. Based on the character created by Ian Fleming (1908–64) in his novel Casino Royale (1953), James Bond, a fictional secret intelligence service agent also known by his code name ‘007’, has long been familiar internationally and considered a cornerstone of British popular culture.

Spectre is the twenty-fourth production in the series that has become central to the British film industry and the result of the combined effort of countless professionals working in front of the camera and behind the scenes. This display reveals portraits by Rankin of some key cast and crew who worked on Spectre, alongside further works by renowned photographers Anderson & Low, Graciela Iturbide and Mary McCartney. Photographs taken on the sets at Pinewood Studios in Buckinghamshire and on location around the world by stills photographers Jonathan Olley and François Duhamel also contribute to this glimpse into this film-making endeavour.

The photographs in this display are all inkjet prints and were taken during the filming of Spectre between 2014 and 2015. A further selection can be seen in the book Blood, Sweat and Bond: Behind the Scenes of Spectre, published October 2015 by DK, which is available from the Gallery shops priced £25.

With thanks to EON Productions and Rankin for their collaboration on this display. 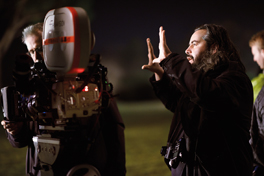 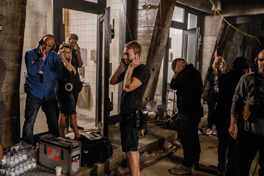 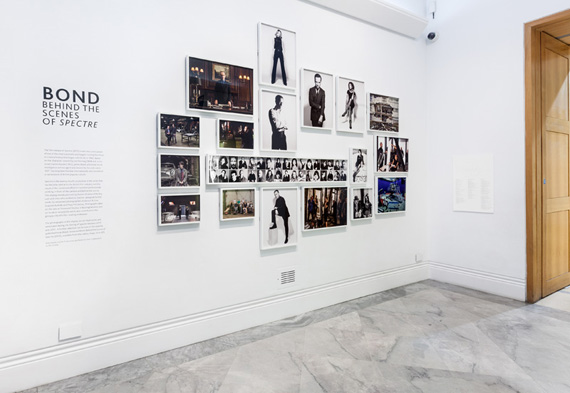