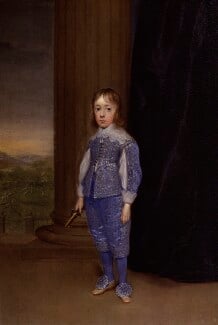 Cornelius Johnson (1593–1661) is the forgotten man of seventeenth-century art, even though his paintings – all of them portraits – are found in many British museums, galleries and country houses. He was prolific and successful but, as a painter at Charles I’s court, had the bad luck first to be overshadowed by the superstar Anthony van Dyck, and then to have his British career halted by the civil wars. Born in London in 1593 into a Flemish/German Protestant family, Johnson probably trained mainly in the northern Netherlands, returning to London by early 1619 – the date on his earliest portraits. Based in Blackfriars, Johnson painted gentry, aristocrats, lawyers and merchants, including members of London’s Netherlandish community. He meticulously recorded their fine dress and lace collars. In 1632 he was appointed ‘picture-drawer’ to Charles I, producing a few small-scale royal portraits, although the main royal commissions went to Van Dyck. Johnson was the first British-born artist consistently to sign and date his paintings, although his signatures varied over the years. He worked on every scale, from the miniature to the big group portrait.

In late 1643, following the outbreak of civil war in Britain, and the collapse of court patronage, Johnson and his family moved back to the Netherlands. There, he joined the painters’ guild in the thriving coastal city of Middelburg in Zeeland, where he had friends from the London Dutch community. In 1644, he was commissioned to paint Middelburg’s burgomaster (mayor). Johnson and his wife subsequently lived in Amsterdam, and he also worked at The Hague, where he produced his largest surviving portrait, a civic group depicting The Hague Magistrates. Early in the 1650s, the Johnsons settled in one of the best streets in Utrecht, where he remained a leading portrait-painter until his death. He was buried in Utrecht on 5 August 1661. His only surviving son, also named Cornelius, who had been born in London in 1634, assisted his father, and continued to work as a painter in the Netherlands, dying in Utrecht in 1715. 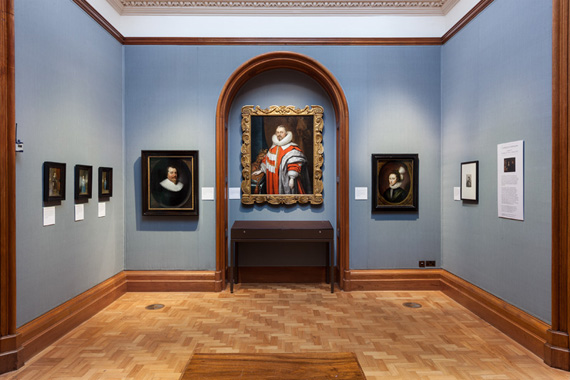