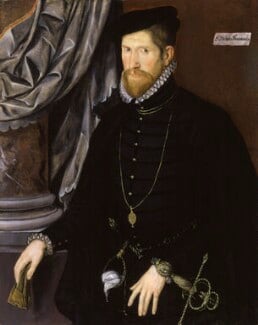 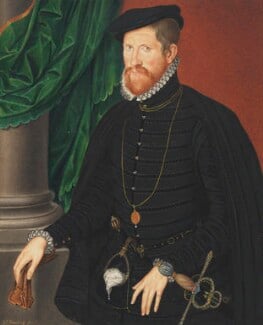 Sir Nicholas Throckmorton
by George Perfect Harding, after Unknown Anglo-Netherlandish artist
circa 1812, based on a work of after circa 1562
NPG 1492(a)

The growing interest in the history of Britain led to the popularity of antiquarianism in the eighteenth and nineteenth centuries, and to a demand for portraits of historical figures in a variety of media. This display explores that fashion through the work of the miniature painter and copyist George Perfect Harding.  The eldest son of another miniature painter, Silvester Harding (1745—1809), George was probably taught by his father who ran a successful business as an engraver with his brother, Edward Harding (1755-1840). For some forty years, from 1804, George travelled the United Kingdom copying portraits and recording details of their history. His notebooks from this period survive and provide a detailed record of the content of over 250 collections, from castles and country houses to inns of court, university colleges, livery companies and hospitals. This display pairs some of the original portraits, now in the National Portrait Gallery, with Harding’s copies.

The watercolours in this display appear to have been produced either singly or in very limited quantities for the most dedicated of collectors. The preservation of their colour indicates that they were kept in folios and books.  They also reveal the appearance of many Tudor portraits before environmental factors or chemical changes had caused certain pigments to fade. This can be seen particularly clearly in Harding’s copy of the portrait of Nicholas Throckmorton. 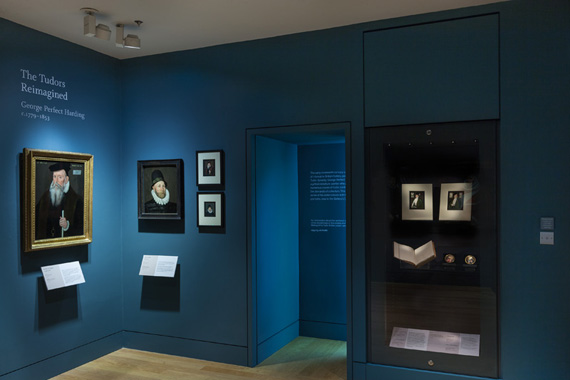