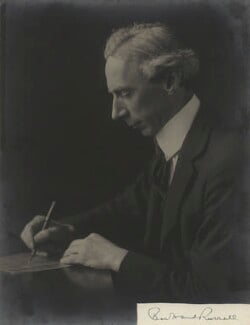 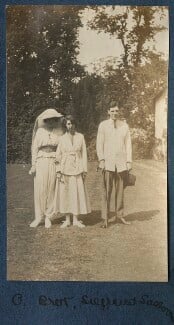 This display marks one hundred years since the introduction of conscription by Herbert Asquith's government, in March 1916. As huge losses on the Western Front left the British army in need of more men, the Military Service Act required all unmarried men between eighteen and forty-one to defend their country. Those who refused to fight were called conscientious objectors (COs). Objecting on moral or religious grounds led to non-combatant roles in civilian work of national importance: labouring on farms or in aid posts. Some volunteered to drive field ambulances, but failure to serve in any capacity meant imprisonment. COs were required to argue their case for exemption before tribunals, which were generally unsympathetic and resulted in very few men being given exemption. During the Great War some 16,000 men were officially recorded as COs in Britain. Deprived of their right to vote, they were often abused as cowards and traitors. Among their ranks were numerous artists, writers and political activists.

The display will draw particular attention to one of the photographic albums of the society hostess Lady Ottoline Morrell, a keen amateur photographer and patron of the arts. At the outbreak of the First World War, Ottoline and her husband the politician Phillip Morrell joined forces with leading political figures to establish the anti-war Union of Democratic Control. In the following years they made their Oxfordshire home, Garsington Manor, a refuge for COs among their circle, providing employment on the estate farm, while continuing to entertain a range of visitors representative of different perspectives on the war.

The poet Siegfried Sassoon (1886-1967) enlisted in the Sussex Yeomanry (1914) and was commissioned into the Royal Welsh Fusiliers the following year, winning a Military Cross in 1916. Whilst convalescing at Somerville College in Oxford, Sassoon visited Garsington for the first time and made contact with the group of pacifists led by Bertrand Russell. He returned to France in 1917 but was wounded and sent back to England where he wrote ‘Declaration Against The War’, a public protest about the horrors he had witnessed.

The National Portrait Gallery holds all of Ottoline’s photographic albums (12 in total) with additional vintage snapshot prints and original negatives. They were acquired in 2003 with help from the Friends of the National Libraries and the Dame Helen Gardner Bequest. Ottoline, who was assisted by her daughter Julian, assembled them and they both annotated the images.

Conscientious Objectors In Their Own Words - Imperial War Museum