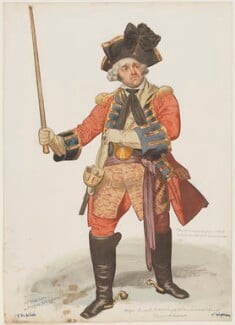 In the nineteenth century the range of live entertainment offered by London’s theatres grew exponentially. Across the city audiences gathered to see spectacles which varied from Shakespearean dramas to contemporary melodramas and farces. As theatres dispersed across the capital, the faces of stage performers also became more visible to their audiences via the medium of print. Portraiture showed the costumes, gestures and expressions of actors and singers to spectators both inside and outside the theatre. The collaboration of artists, printmakers and publishers to create theatrical portraits became widespread in the eighteenth century, but from the early nineteenth century onward, printmaking innovations meant that more varied likenesses could now be produced and sold. Engravings, etchings, mezzotints, aquatints and lithographs of differing quality, colour and price lined print shop windows, illustrated books and filled private folios.

The demand for likenesses of famous stage stars such as Eliza Vestris and Charles William Macready allowed some artists to specialise in theatrical portraiture. This display surveys the depiction and transmission of celebrity through print, highlighting the skill of printmakers who portrayed the ingenuity of the London stage. 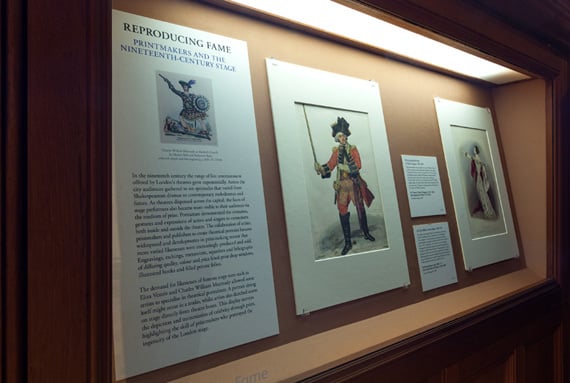